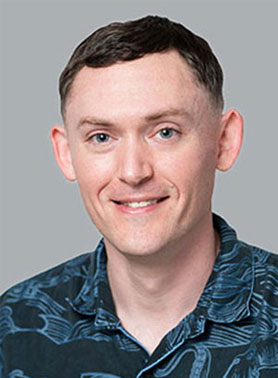 Isaac received his J.D. from the William S. Richardson School of Law (2021), and his B.A. in English from The Ohio State University. He also received an Associate of Science in Intelligence Studies from the Community College of the Air Force, and an Associate of Arts in Mandarin Chinese from the Defense Language Institute Foreign Language Center.

An Ohioan by birth, Isaac first fell in love with Hawaii while on a family vacation; he returned as an adult, stationed at Joint Base Pearl Harbor-Hickam as a Cryptologic Linguist- Analyst. As a non-commissioned officer, he served in a number of administrative and management roles in addition to his primary national intelligence mission. Isaac credits his military experience for providing perspective on leadership, process improvement, enterprise success and international coopetition.

Upon his honorable discharge, Isaac joined the island business community, bringing with him insights gained from wide-ranging work experience including construction, food service, manufacturing, warehousing/supply, higher education, nonprofit management, and event coordination. This diverse background broadened a strong work ethic grounded in humble beginnings on his family’s farm and in his father’s woodshop.

Back to Our Team